How We Learn About Death – Part 2 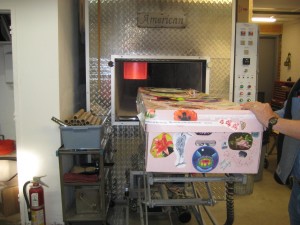 Excerpted from
Embracing Death: A New Look at Grief, Gratitude and God
By Terri Daniel

We’ve all heard the cliché, “nobody’s ever come back from death to tell us about it, so there’s no proof that the soul lives on.” But that’s not true. Countless people have had near-death experiences and communication with departed loved ones, and there are hundreds of books on the subject. The Gallup poll reports that between 72% and 83% of Americans believe in Heaven,[1] 21% communicate mentally with someone who has died,[2] 78% believe in angels[3] and 20% believe in reincarnation.[4]  Some reports indicate that between 5 and 30 percent of people have had near-death experiences.[5] When you consider how many people that is (and the numbers are likely to be much higher than surveys actually record), there’s actually more proof in favor of a world beyond the body than against it.

I began receiving “interdimensional” messages from my son less than an hour after his death. These dialogs continue to this day, and they guide the work I’m now doing as an author and spiritual teacher. I’m certain that the conversations he and I had about death during the last years of his life are what made this possible. We looked at death a certain way and it became our reality. The way we perceive death is a choice. If we believe in hell and judgment, we will carry that belief to our deaths and to the deaths of our loved ones, and the death experience will be filled with stress and fear. If we believe that death is the continuation of a rich, expansive journey, then the experience can be understood and enlightening for everyone involved.

Most urban Americans never see a dead body unless it’s embalmed and dressed up for a funeral. But in many other cultures and in rural communities, people are exposed to death throughout their lives. In countries suffering from war or famine, in tribal societies, in cultures that accept death and in places where people live close to the land, death is neither hidden nor sanitized.

During my childhood, when an aged relative died, the younger children weren’t allowed to go to the funerals because the adults thought it would be too upsetting. When I became a mother I could see the flaw in this logic, and true to my role as the black sheep of the family, I encouraged my adult siblings and cousins to take their little ones to these funerals, recognizing these events as opportunities to teach children about the cycles of life and death. My family’s preference for avoidance and suppression did more to create fear and superstition in the children than to protect them from it.

It’s probably fair to say that most people view death in one of these three ways:

We have one life to live on earth but our souls live on after death, and if we follow the rules of our culture and our religion, we will be rewarded after death with a conflict-free eternity, recognized by our god and our peers as a good or righteous person. If we don’t follow these rules, we will be judged for our sins and sentenced to an eternity in a place of terror from which there is no return or redemption. When dying or grieving, this view leaves us terrified that we may have failed in life, and gives no reason for our experiences on earth other than an ultimate reward or punishment after death.

There is nothing beyond physical existence

This view holds that there is no such thing as a non-physical world. When we die, our bodies decompose and we’re gone forever. There is no soul or spirit, and no afterlife. The physical body is all there is, and after it dies, there is nothing left. A lifetime of achievements, relationships, growth experiences and creations remains frozen in time, because this one lifetime was our only encounter with existence. When dying or grieving, this view leaves us feeling utterly abandoned as victims of random chaos in a finite system. It also exacerbates the feeling of permanent loss for the bereaved, making the grief process more difficult.

The soul continues to broadcast its energy after the body dies. It moves along its journey, sometimes embodied during incarnations and at other times disembodied, continuing its work from non-physical realms. The soul lives on as part of the human panorama, but in an unseen dimension. When dying or grieving, this view gives purpose to one’s life on earth, and provides limitless opportunities for expansion, correction and creation, no matter how short or how tragic the current physical life might have been.

Whatever your belief system may be, the ideas you absorbed as a child were handed down by your family, your culture, your social circle and your religion (your tribe). This includes information gleaned from television, movies, books, art, educational institutions and other sources. But as you evolved as an individual and were exposed to new information, you used your free will and critical thinking skills to blend new ideas with your childhood beliefs, thus creating your own personal theology. When I was a child, my tribe told me that God punishes bad people and rewards good people. Observation, education and experience eventually showed me that this wasn’t true, and I gradually moved out of that belief. It’s an evolutionary process in which we choose to keep some ideas and reject others according to where we are along our spiritual paths. But in the beginning of each earthly incarnation, these beliefs are given to us according to tribal beliefs. The fear of death – which for many people translates into the fear of judgment and punishment — is one of those beliefs.