The Ego’s Desire for Deathlessness 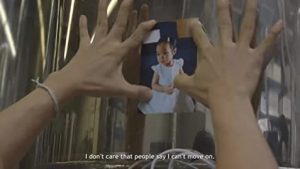 I just watched a movie on Netflix called HOPE FROZEN, about a family in Thailand whose two year-old daughter died of brain cancer, and they have her cryogenically preserved. It makes a powerful statement about science vs. spirituality, family dynamics and complicated grief. I had a very strong emotional (and socio-political) reaction to it.
.
At the beginning of the film, the narrator refers to death as “a problem,” and later in the film, the little girl’s father suggests that even if she is revived many decades from now, her parents may not have aged, because “science may have solved the aging problem by then.”
.
I have nothing against science, but the perception of aging and death as “problems” disturbs me greatly. So does the concept of “deathlessness,” which the father proposes in the film. He is a scientist enamored with cryogenics. He also admits that he cannot accept the idea of his daughter’s death.
.
At one point the family (which is Buddhist) becomes famous because this child is the youngest person to ever be frozen. The father is interviewed on news programs throughout Asia, and many of the interviewers criticize him for trapping her soul and stopping it from moving forward in its journey (from a Buddhist perspective). There is also a science-minded older son who is tasked with the caretaking of his frozen sister… after he becomes initiated as a Buddhist monk so he can look after her soul. . I found so many things disturbing about this story it’s hard to know where to begin. From a grief counselor perspective, this family is experiencing complicated grief, unable to accept the death of their child. In fact, they later have a new baby — a daughter — and they name her after the frozen one.
. Toward the end of the movie, the son speaks with one of the leading researchers in this field, who tells him that there is only a 0.1% chance that anybody can be restored from this procedure. . You can find it on Netflix by searching for  “Hope Frozen.”  I’d love to hear your comments.

Posted in Death and Dying, Grief, Spirituality and Religion