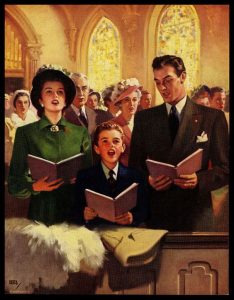 On July 9, 2021, an article appeared in the Australian Independent Media reporting on how census questions about religion are skewed to inflate the status of religious affiliation.  Research methods on people’s religious belief have long been a hot topic in academic circles  because the terms used in research instruments —  such as  religion, belief, faith and God —  are not clearly defined, or defined at all. As a result, we have a skewed picture of religiosity in communities and in nations.

When researchers ask about “religious belief,” what are they referring to? Creation cosmologies? Mythical narratives? Church doctrine? Inner peace through meditation? Afterlife beliefs? In order to really understand this, we have to formulate questions that consider variations in images of God and the unique ways in which individuals understand religion and spirituality.

Wortman and Park observed:  “Although in the past religion was assessed very simplistically (e.g., as attendance at religious services), it has become increasingly clear to researchers that simple global conceptualizations of religion do not adequately capture the complex nature of religion in people’s lives.”[2]

Christian, Aoun and Breen explain this problem in their paper on How Religious and Spiritual Beliefs Explain Prolonged Grief Disorder Symptoms. They acknowledge that in their questioning of 678 grievers, they did not provide definitions of religious vs. spiritual beliefs , and thus cannot know how these constructions were interpreted by participants.[1]

For this reason, most of our current research instruments are inadequate.

As an example, I do not identify with any particular faith tradition, nor do I resonate with any classical doctrines about death and the afterlife. However, I do believe in an afterlife, but it is more of a mystical realm in which consciousness continues after death rather than a place of eternal reward or punishment ruled by a humanoid god. If I was a research subject and asked “Do your religious beliefs bring you  comfort?” and I was   forced into giving a yes or no answer, and  I would have to say yes. But my beliefs are not religious, and my answer would be meaningless unless a whole spectrum of beliefs was defined before any questions were asked. Therefore, I can’t accurately answer that question.  Similarly, if I was asked, “Do you believe in God?”  I would have to answer, “It depends on what you mean by God.”

It is clear that more research is needed, and the foundation of that research must include not only a differentiation between “spiritual” and “religious,” but also an instrument that can define a wide variety of spiritual beliefs and images of God. Kenneth Pargament, whose “Religious Coping Scale” has become foundational for work in this area, observes that the problem with the research is that the language we use to describe religious orientation is unclear.[3]  Similarly, as Becker et al discovered in their survey of 32 studies on whether  spiritual or religious beliefs alter the process of grief and/or bereavement, “only a fifth of the studies differentiated between religious and spiritual beliefs and addressed the issue of definition. The terms ‘religion’ and ‘spirituality,’ even in the scientific literature, are often used interchangeably.”[4] Sawyer’s research on the exclusion of atheists from the body of literature on spiritual coping with grief concluded that there is no exact, universal definition of “religion,” and this becomes even more challenging when considering the ever-changing population of individuals who are questioning what they believe.[5]

Even at 81%, Americans’ belief in God remains robust, at least in comparison with Europe,
where only 26% said they believed in the God of the Bible,
and an additional 36% believe in a higher power, according to a 2018 Pew poll

RELATED ARTICLE: How the British are losing their religion

[3] Kenneth I Pargament, “God Help Me (II): The Relationship of Religious Orientations to Religious Coping with Negative Life Events,” Journal for the Scientific Study of Religion 31, no. 4 (December 1992): 506.

Posted in Spirituality and Religion