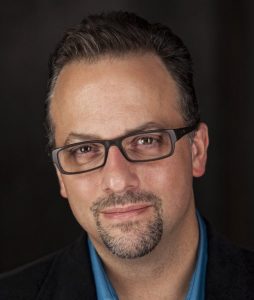 Meet Seth Andrews, host of The Thinking Atheist podcast, and a keynote presenter at our 2022 Conference on Death, Grief and Belief. Plus, he’s one of the guests of honor at our post-conference Atheist After-Party!

Seth  is a broadcaster, storyteller, author, activist, and thought leader in the Atheist community.  Originally the product of Christian fundamentalism, today he is an advocate, not for religion, but for people, and while he – as a storyteller – loves the distraction of supernatural fiction (like the annual Halloween “gGhost Stories” broadcast and new audiobook), he ultimately encourages everyone to root their pursuit of the truth in reason and evidence, and to pursue a rpersonal relationship With reality.

His new book,  Christianity Make Me Talk Like an Idiot, chronicles his escape from evangelicalism. As a devout Christian for 30 years, his IQ didn’t change when his religious label changed. He wasn’t an idiot, but strangely, he often sounded like one.

In any other context, most Christians would likely smirk, scoff, or recoil at reenacted crucifixions, the drinking of communion blood, and scripture verses about golden hemorrhoids, apocalypse dragons, and child abduction in the name of God. So what gives?

Are these notions “normal” only because they are familiar? Do they make sense? And do they cause otherwise reasonable people to sound like idiots?

Posted in Spirituality and Religion